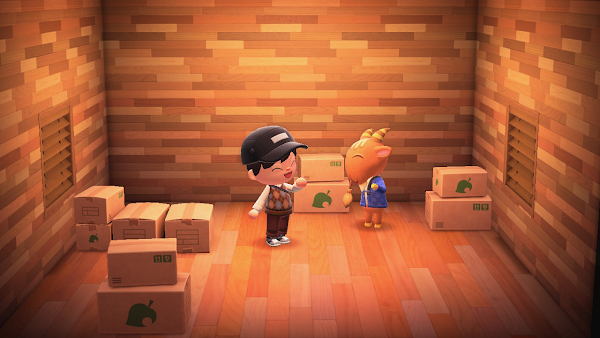 bye Billy. #AnimalCrossing #ACNH #NintendoSwitch pic.twitter.com/ZuCT4G3YRL — thechosenground (@chosenground) November 28, 2022 It's time I say bye to Billy...   ... because someone else is moving in!  Also... I was able to retrieve my Twitter again. Not a big deal since I don't use it often but I can post stuff directly from my game now.
Post a Comment
Read more

I did NOT expect to see THIS! 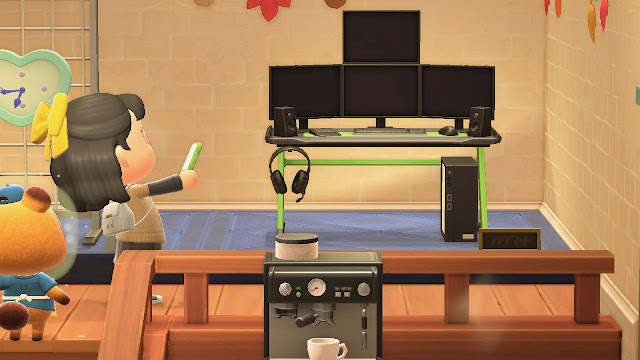 I know that we have desktop computers and laptops in the game, but A GAMING RIG?! This is the exact reason why I want to peck on this game rather than rush to get all items. I haven't delved in the Happy Home Paradise yet so I'm excited! The slow and steady route is fun! After all, each day on your island is a new day. This is only the lime colour! I won't spoil myself finding out what other variations are present. I absolutely geeked out when I saw it for sale -- and it's less than 60k bells. Finding an item like this is also the reason why devs have to keep updating Animal Crossing: New Horizons. It's a good investment! But if they're working on a 60fps engine instead, then I'm fine with that too!
Post a Comment
Read more 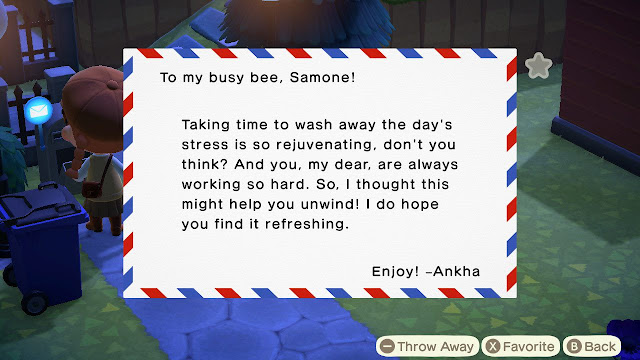 The first two weeks before university opens and the two weeks after classes start is the most exhausting period at work. Things have to be set up for students. I have to start hiring someone. New employees have to be trained. I have to troubleshoot the system. Ensure all technology is working. This four week period involve a lot of work and patience. Fortunately, we're on the third week of classes now. Then I receive a fitting gift from Ankha! An Espresso Maker. I'm still hung over the Monday break and I'm glad I had a day-off, but I need to get away from work. I need an extended self-care day with my Espresso Maker. Alas, I need to interview someone today and provide a lecture in e-format to a student. This game gets how I feel. The new letters in my mailbox are a hit and miss, but when it's a hit the game connects with me in a profound way. I don't open my letters immediately too. And there's at least 150 now.
Post a Comment
Read more 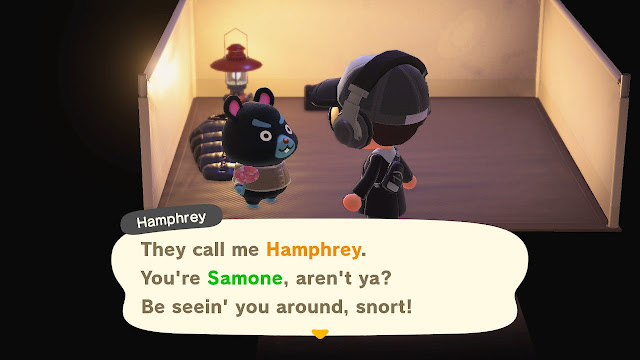 Hamphrey moved in today! He's the perfect crank since I have Flurry on the island. Hamphrey looks like the inverted color palette of Flurry! Looks like there's another potential couple besides Marshal and Poppy. He camped out today, and I snagged him in a heartbeat. I'm missing Anabelle though but I'm already thinking of finding her back when I get another island. I'm pretty sure Hamphrey will be a fine addition. I only discovered him recently and I didn't know that he was in New Leaf. A cranky hamster does sound hilarious. More importantly, we can get those DIY recipes and reactions now!
Post a Comment
Read more 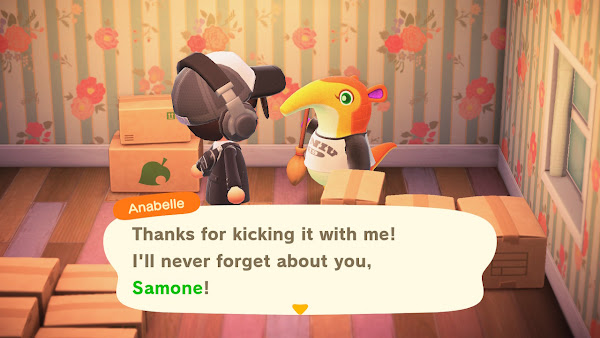 One of my starters in ACNH said her goodbye today. I've had Anabelle, the peppy anteater, for at least two years and I've always been shutting down her ideas of leaving the island. However, I've decided to let her go tonight. Anabelle was my first anteater on Animal Crossing: New Horizons. Letting her go had to be done as I need a cranky villager. But deciding to let her go was kind of a big deal, because she reminds me of my sister. Yet the town won't be complete without a cranky villager. Anabelle is the only viable option to go.  There are many memories made with Anabelle. She was a natural starter. I would see her walking on the paths I've made while the island was getting set up for two years. She would photobomb while eating ice cream on the beach, she often sent me gifted letters, and I like her vivid coat pattern. She's also wearing the Raglan shirt I gave!  Farewell, Anabelle! I'm sure we'll meet again someday.
Post a Comment
Read more

August 29, 2022
I don't know what to write on this particular post and how to describe this feeling. It's a difficult week since my sister moved to BC. I'm lonely and missing someone. Playing Animal Crossing helps me cope with the sadness, but I'm also reminded she also played it. Especially that spring time when I bought Animal Crossing: New Horizons. How do you hold off the sadness when you were with them everyday? Will it last two years? Will it last longer?  I get a glimpse of what my auntie (my mom's younger sister) may have felt when we moved to Canada. As if a part of life was suddenly missing and we're forced to go on without it. I want to function normally, but I can't? Going to work is an ordeal. Some do it as a distraction, but I don't. I just want to go home. It feels like there appears to be a difficult week before me. At the end of the day, Animal Crossing still cheers me up.  Sprinkle. Now there's a penguin that'll definitely remind me of my siste
Post a Comment
Read more 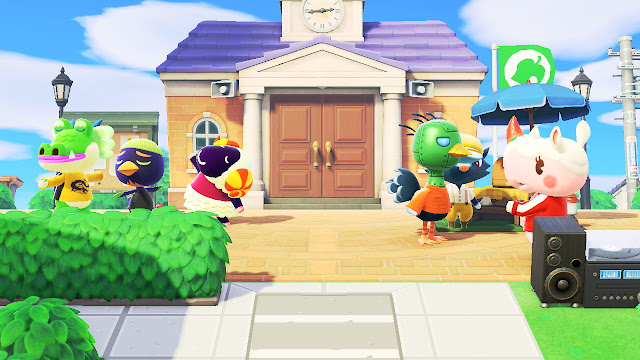 Animal Crossing was one of the first games that I bought when I got my Nintendo GameCube. I skipped the N64 after Famicom, so I wanted to reacquaint myself with Nintendo. The Internet was still new back then, but I've been hearing fun things about Animal Crossing from friends, and magazines, so I wanted to see what's the big deal.  Animal Crossing: Population Growing for the Nintendo GameCube was a game that piqued my curiosity when I read on the back-cover that it's supposedly synced to real-time, which means new things are happening in the game even if I'm not playing. The truth is still charming though when the game is simply tied to the system's clock, where the days and nights are synced on the game as well as the current season. Such a captivating premise was unlike any current farming or life sims back then; in addition, Animal Crossing did not demand of anything from me; there was no deadline, no healt
Post a Comment
Read more